The Stage 3 of Tour de Tochigi, final day of the race was held in 150km course starting from JR Karasuyama station in Nasukarasuyama city, via riding through Sakura city, Nikko city, Kanuma city, Tochigi city and Sano city, and finish at Ashikaga Athletic Park in Ashikaga city. It was only one point to point race this year and the longest course ever in Tour de Tochigi. Intermediate Sprint was set twice, Class 3 KOM once and Class 2 KOM once.

After the Stage 2, the GC rank shows the time gap in the top group are very close and nearly 60 riders had a chance to win the General Classification.

Even it was sunny day, the wind was cold and getting stronger towards the end of the race.

Number of attacks have been made after neutral and Ryu SUZUKI (UTSUNOMIYA BLITZEN) passed first in the Intermediate Sprint point set at 31km in Sakura city multi-purpose park followed by Raymond KREDER (TEAM UKYO). Green Jersey Wearer, Orluis Alberto AULAR SANABRIA (MATRIX POWERTAG) was not in the top three of Intermediate Sprint which could be earned bonus time. At 85km point, Ken SATO (NIHON UNIVERSITY) passed first at Class 3 Mountain Classification in Kanuma city. After that, the 6-front riders stayed in the breakaway and the peloton tried to catch the front group before 117km point where the Class 2 Mountain Classification was set. Before that, MATRIX POWER controlled the peloton as a leader jersey team and then Red Jersey Wearer, Angus LYONS (OLIVER’S REAL FOOD RACING) came to front of peloton and increased speed. The peloton caught the breakaway just before Class 2 Kind of Mountain point. 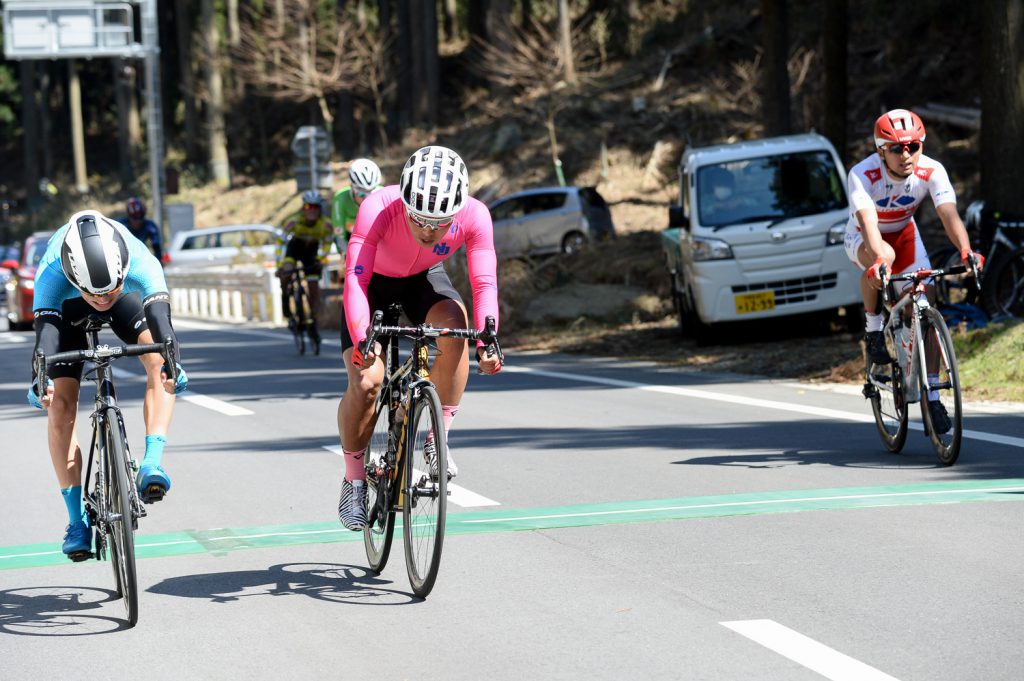 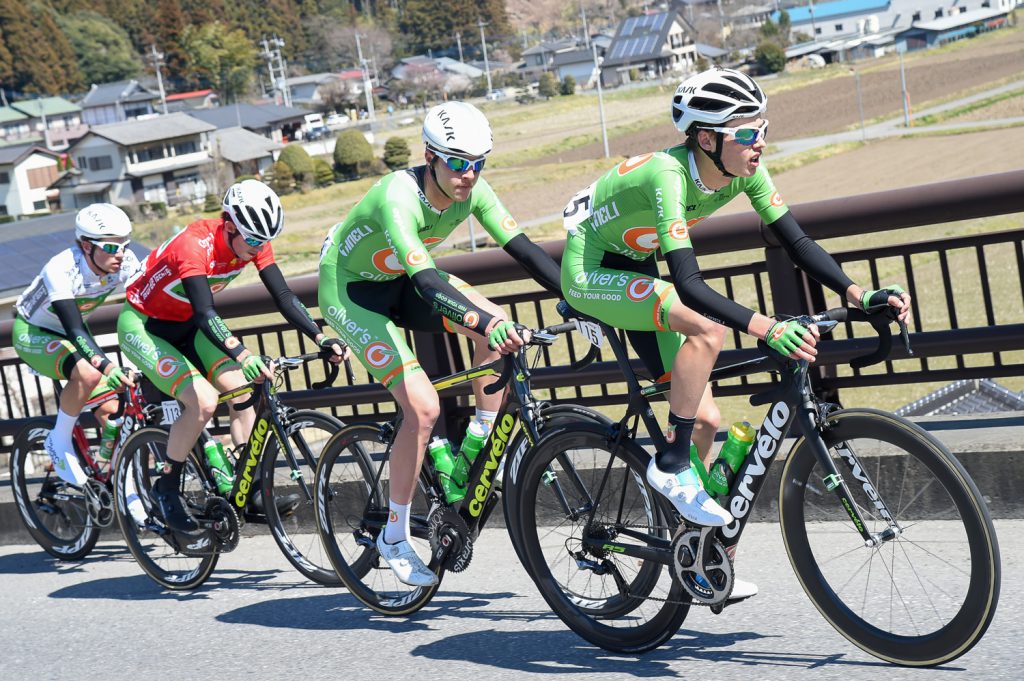 In the uphill, the peloton was splitted and10 riders were in front, Orluis Alberto AULAR SANABRIA (MATRIX POWERTAG), Raymond KREDER (TEAM UKYO) and Atsushi OKA (UTSUNOMIYA BLITZEN). Benjamin DYBALL crossed first at the second Intermediate Sprint which was set at 132km point in Sano Arena Tanuma and then the peloton caught Benjamin DYBALL right after the sprint point.

In the last 10km, the riders rode into Ashikaga city, finish area without any attacks and got into sprint finish. Finally at 200m to go, Raymond KREDER (TEAM UKYO) attacked and claimed victory for the 3rd Tour de Tochigi, followed by Orluis Alberto AULAR SANABRIA (MATRIX POWERTAG) and Atsushi OKA (UTSUNOMIYA BLITZEN). 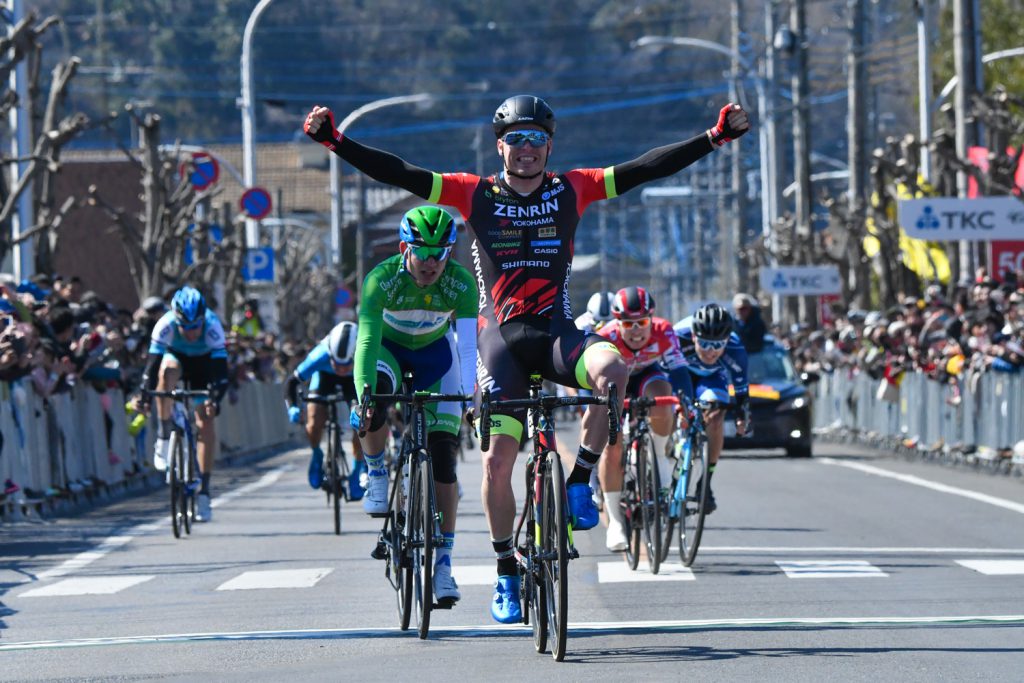 The best Japanese rider was Atsushi OKA (UTSUNOMIYA BLITZEN) who was in the 3rd place today and 4th in GC and Kota YOKOYAMA (SHIMANO RACING TEAM) ranked the 10th place.

“Because I am a sprinter, so it was hard for me in the beginning. We tried to be together for the qualification sprint. The team really did a great job to keep space for the whole day. In the KOM, I had to use full gas and dropped a little bit, but managed to come back in the downhill. I inspected the course a few days ago and knew the last 200m corner, so that I am really happy and satisfied to win the stage today.” 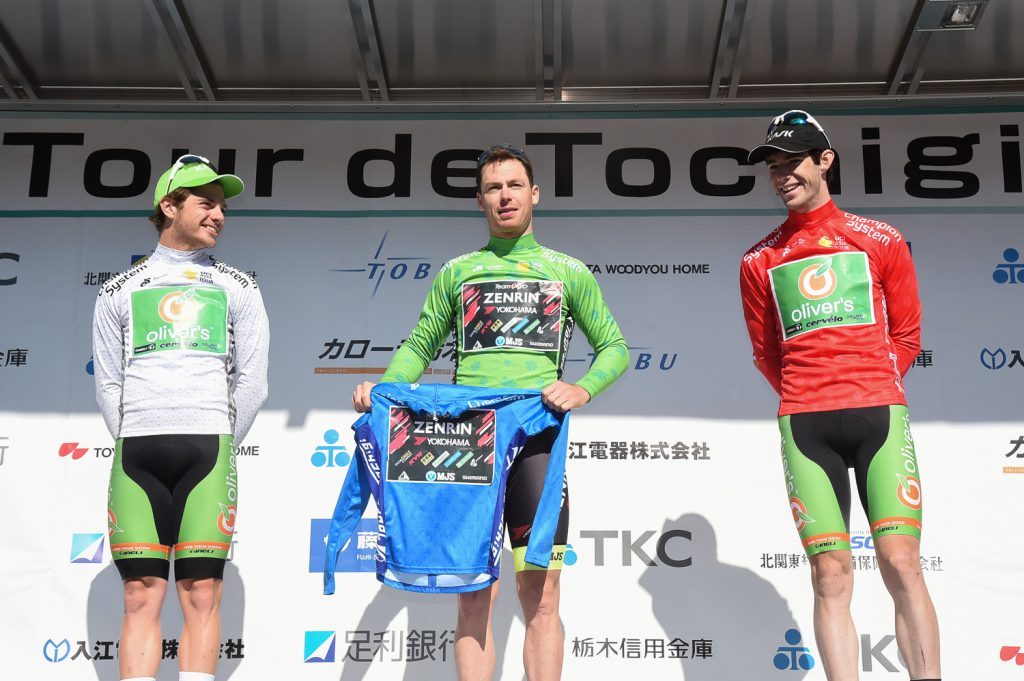 “I tried to hold onto the Mountain jersey. We had a bit panic early on when I had a mechanical trouble on the climb, but the boys held very very good ride and brought me back. I just claimed the second KOM as my finish line.” 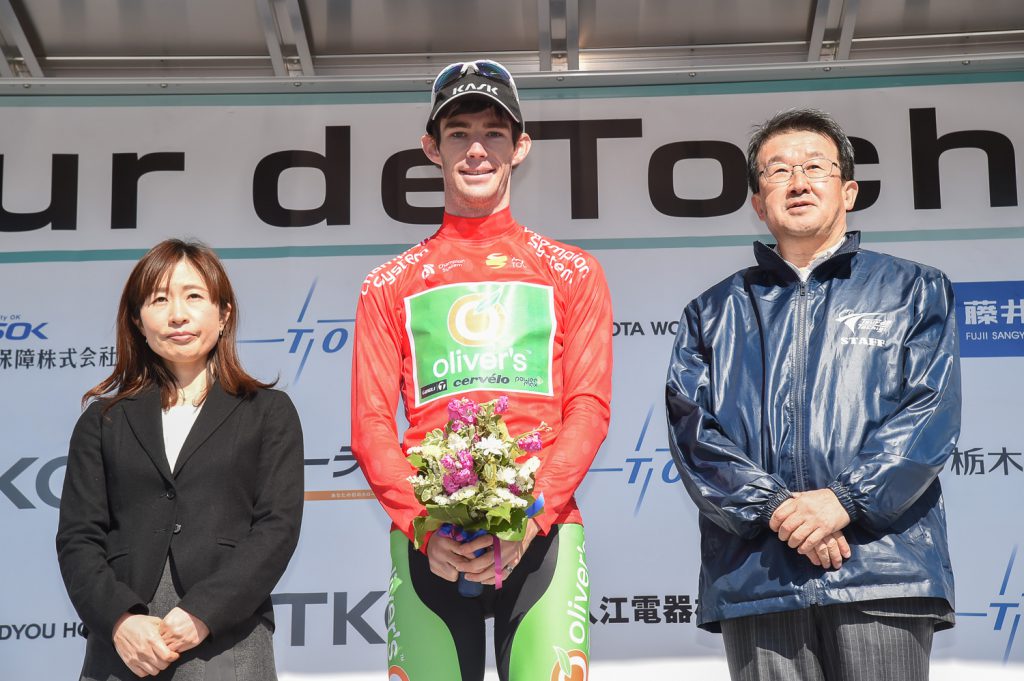 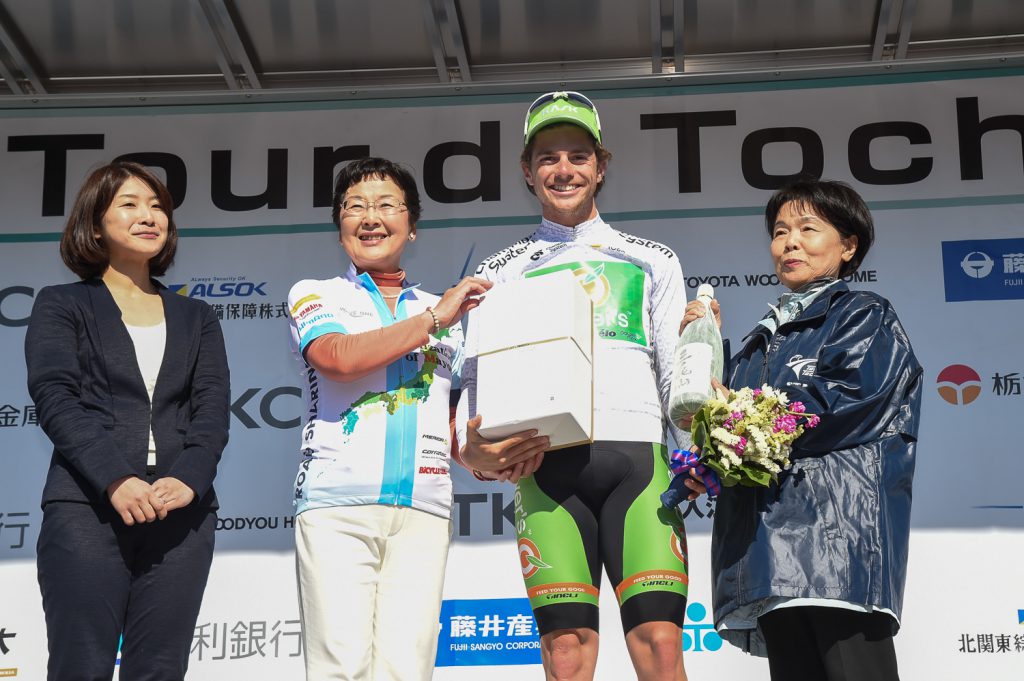 “It was very hard. For me, I just wanted to maintain the Under 23 jersey. So I just had to make over the last KOM. I was a very hard fight, very hard push and very hard chase off afterwards, but I made it in the end and am very happy about it and it was a very good stage.”

“My teammates really worked hard to put my GC rank up and made a train line for the Intermediate Sprint point, but I was apart from the line and didn’t work well to get the point. Thanks to my team, they made a good position for the Class 2 KOM and it was great that I could be in the breakaway. My result was 3rd in Stage 3 and 4th in GC and I felt that I needed one more step for the win.” 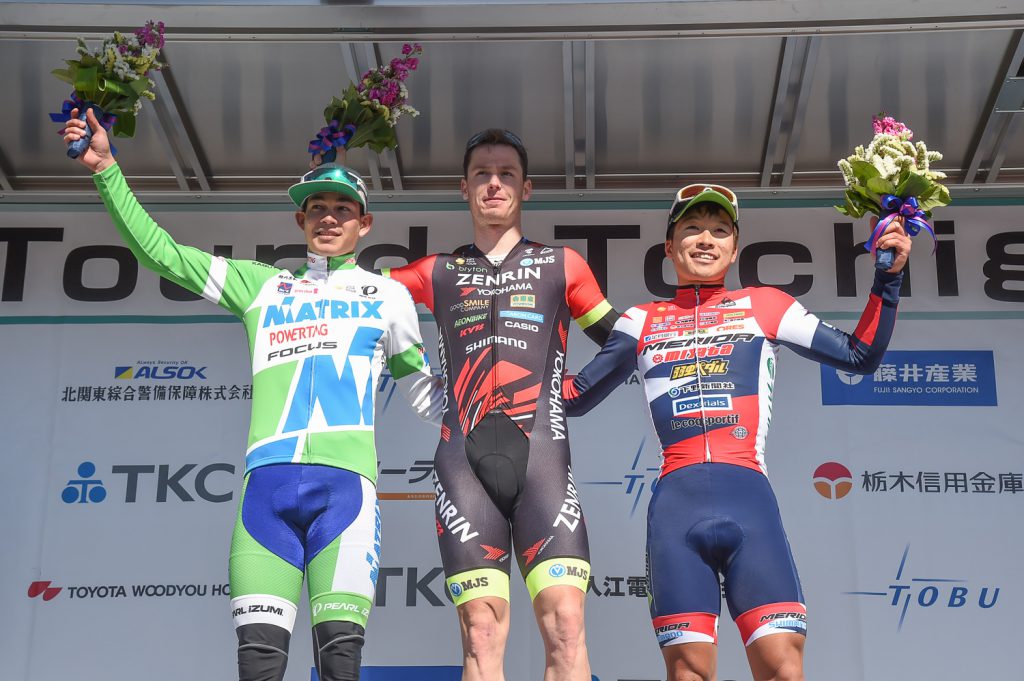