Yaita city, Tochigi welcomed the Stage 2 of Tour de Tochigi and the circuit was made around “Michinoeki Yaita”, literally means road station, with 118.4km (3.8km-neutral included).  The one lap of circuit is 14.8km, making 8 laps, which the first half of the course has series of up and down with curves and the last half was narrow and long straight way.  Intermediate Spring Point and King of Mountain were set at 2nd, 4th and 6th laps.

It was unbelievably much colder than yesterday with cloudy sky.  Breeze from the Nasu Mountain Range made the temperature less than 10℃.

Right after the parade-run, many attacks were seen, but soon the breakaways were caught by peloton.  After the second laps in which the first Intermediate Sprint Point and King of Mountain (KOM) Point were set, the speed of the peloton was increased, but didn’t make any successful breakaway.

At the 4th lap, GONG Hyosuk (LX CYCLING TEAM) made an attack for the second KOM and Atsushi OKA (UTSUNOMIYA BLITZEN) followed by him.

In the 7th lap, 2 laps to go, TEAM UKYO controlled a front group and increased speed to make the time gap to breakaway less than 1 minute. Finally, just before the 8th lap, peloton caught all breakaways.

The final stage, Stage 3 will be point to point race, from Nasukarasuyama city to Ashikaga city with 150km.

“I focused on Intermediate Sprint.  After winning the first spring point, in the middle of the race, a breakaway was made, but TEAM UKYO caught it.  I felt that I still have power to win the race and now I am happy with this result.” 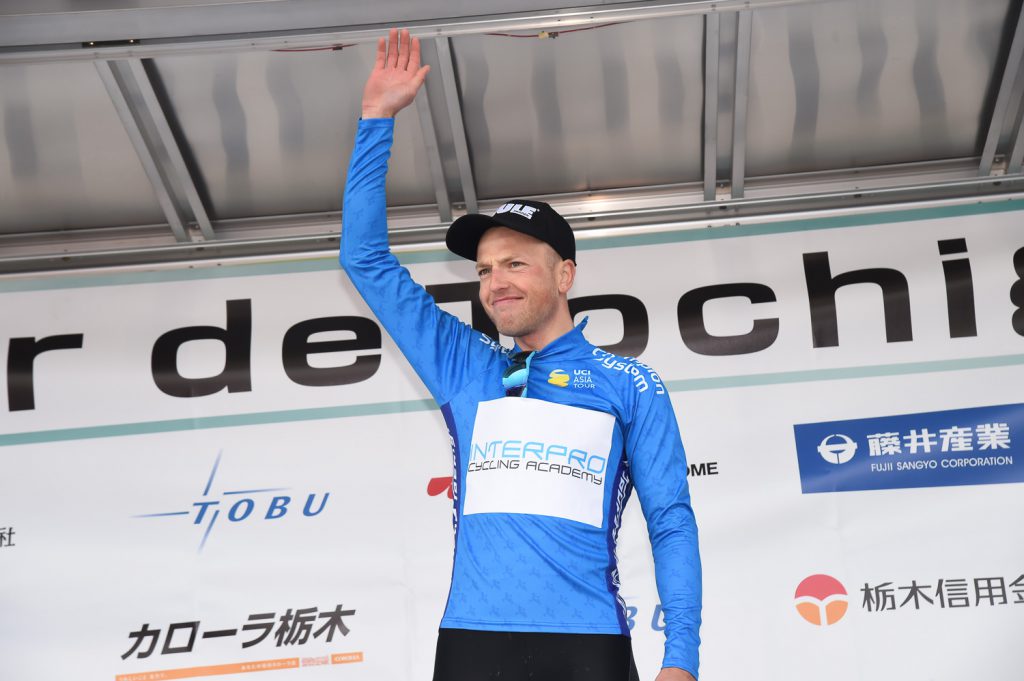 “Only one my teammate was in the breakaway of 13 riders which was not successful strategy, but thanks to TEAM UKYO, the peloton absorbed the break and my team decided to finish to win the race by my sprint.  I had to go against headwind in the last, but am happy to manage to be in the 3rd place today. 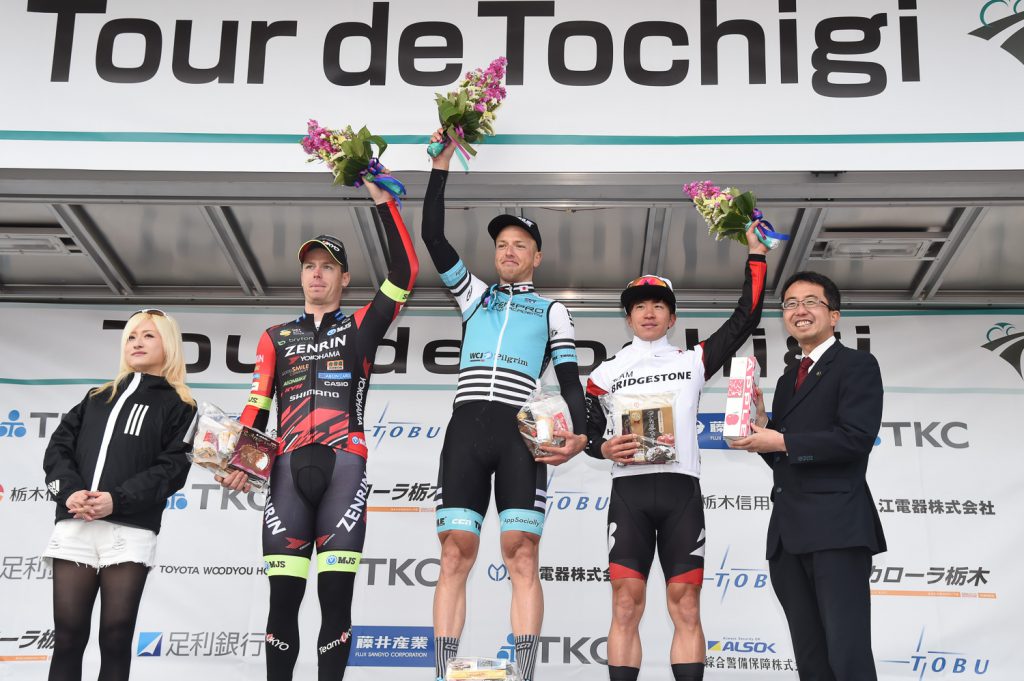 “It was really high speed race and might have been affected by wind.  I believe that there was a lot of excitement for fans to watch it.  I wanted to win Intermediate Sprint at 8th lap, but due to a mechanical trouble, I could not make it.  I am still happy to get this leader jersey and want to keep this when we finish the race tomorrow.” 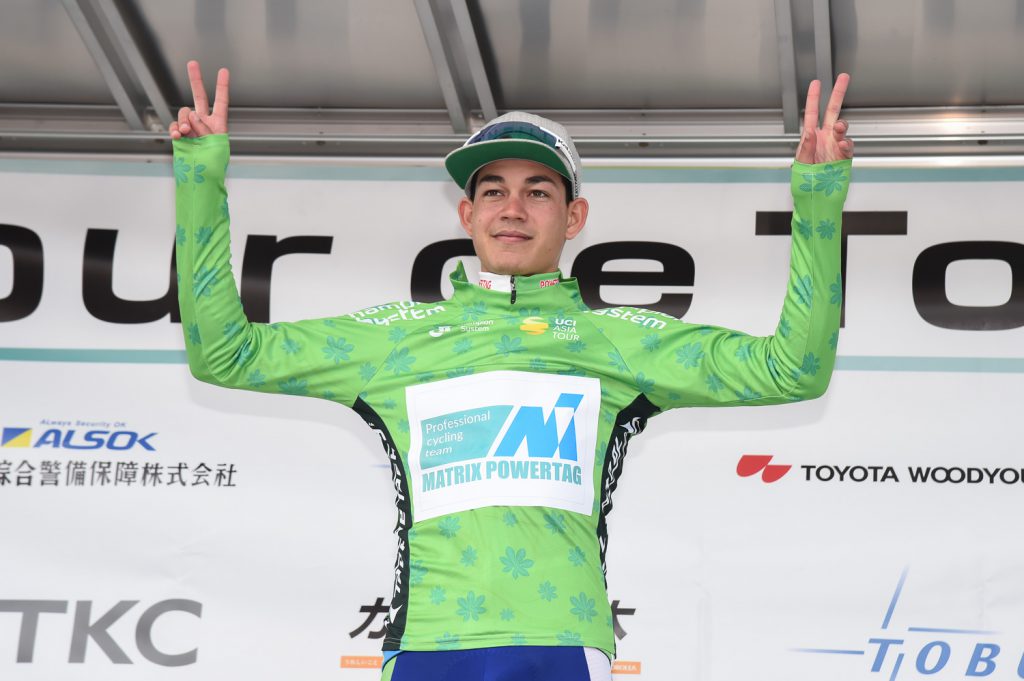 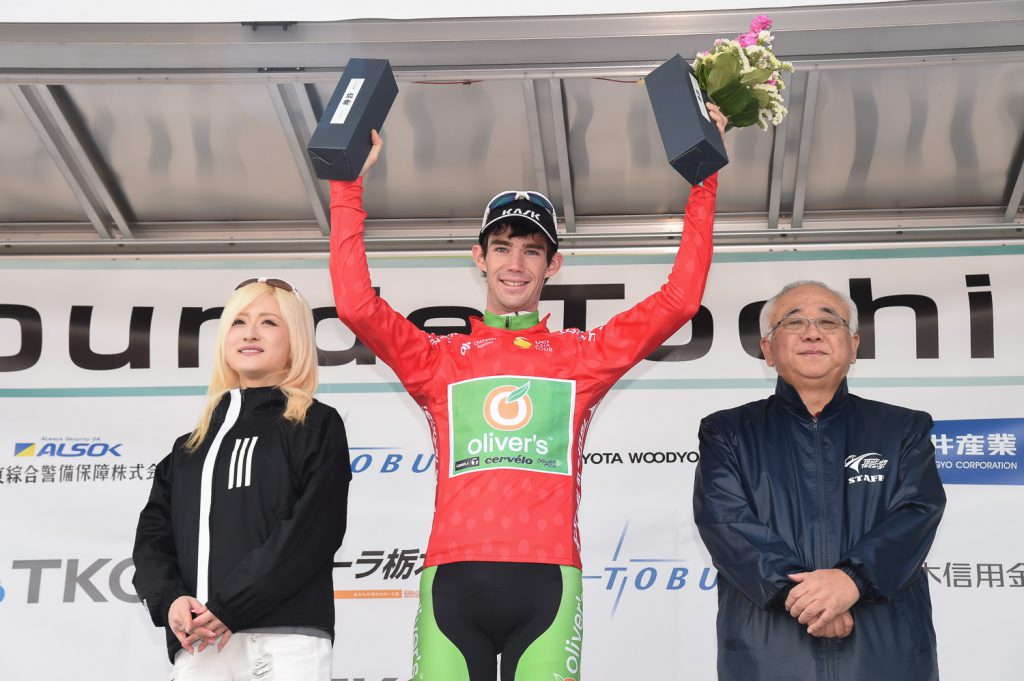 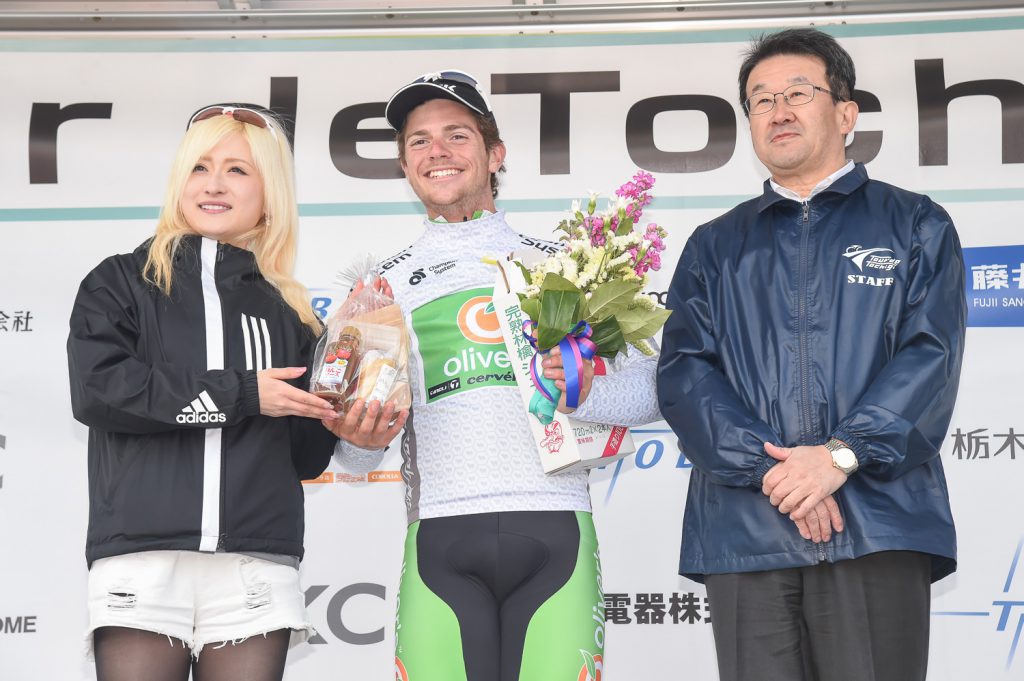 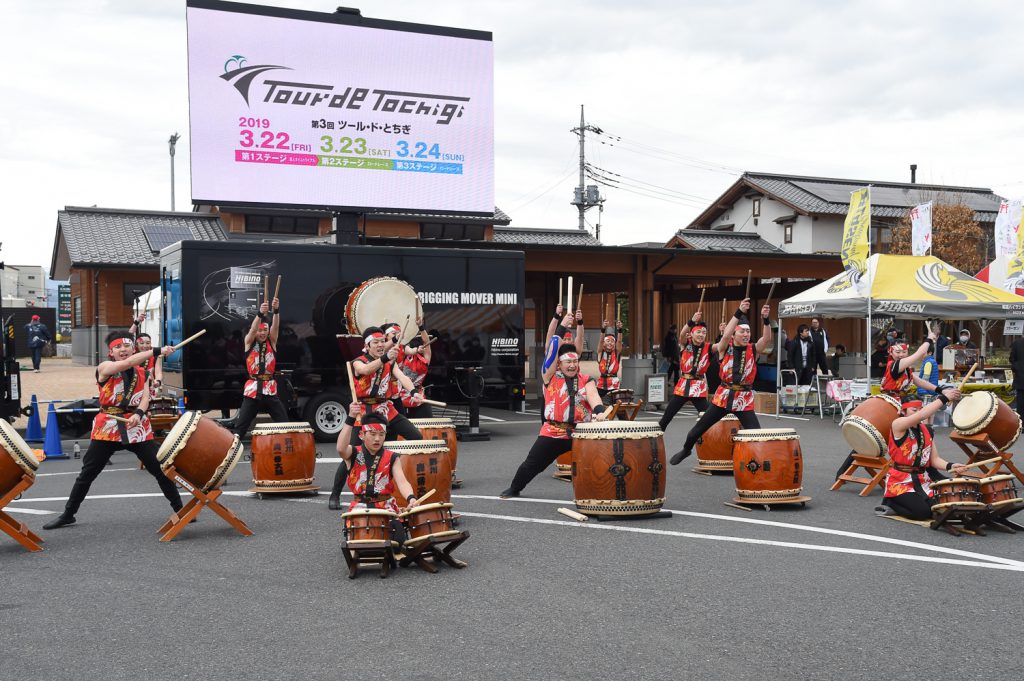 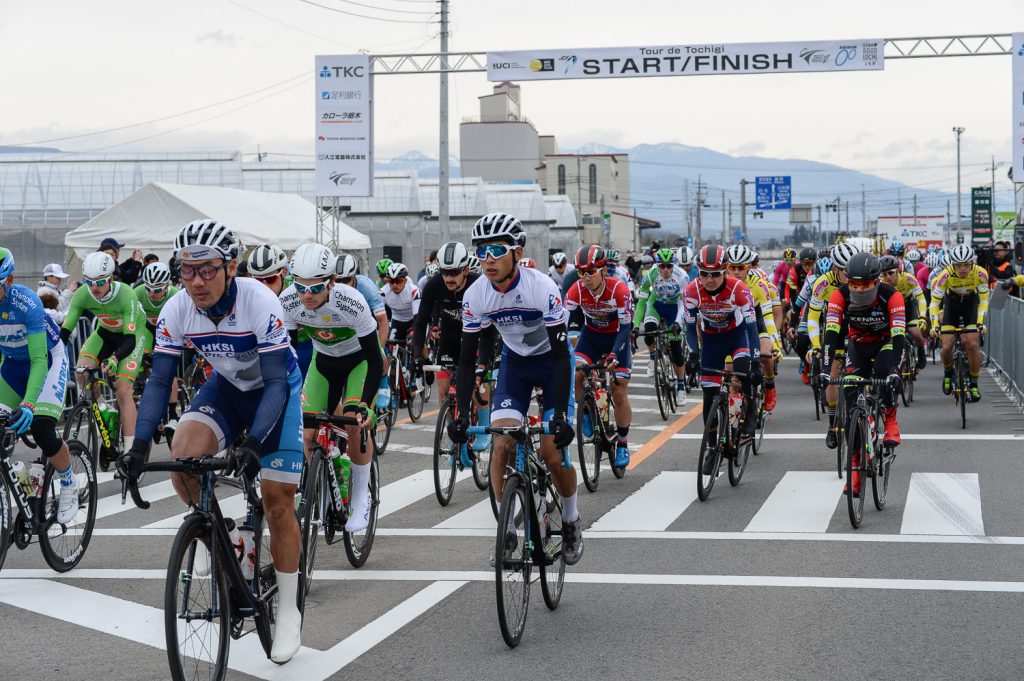 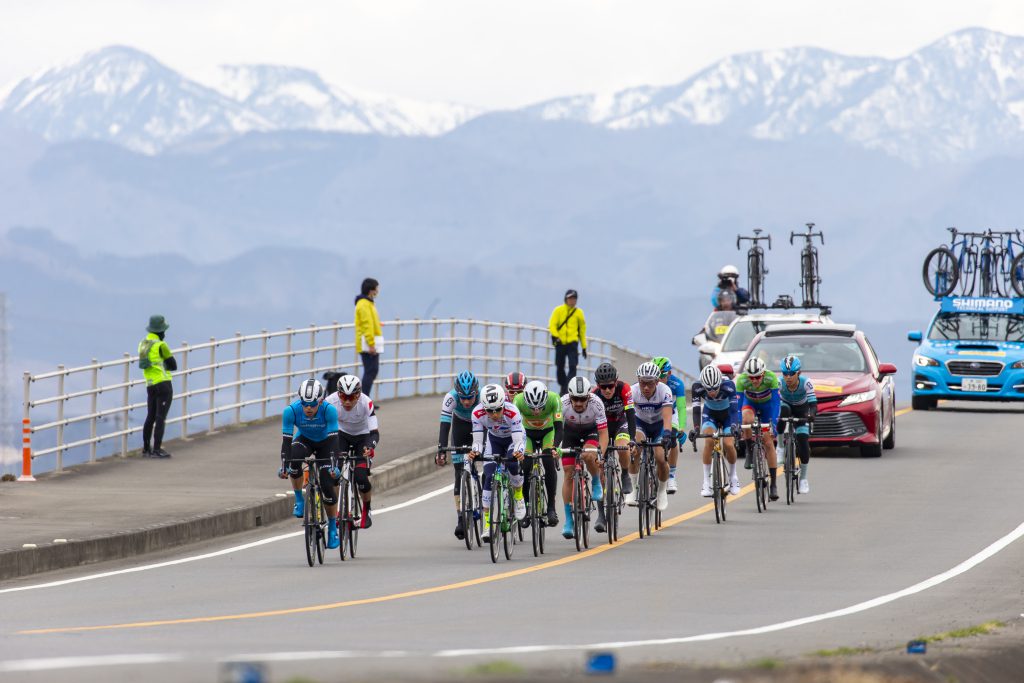 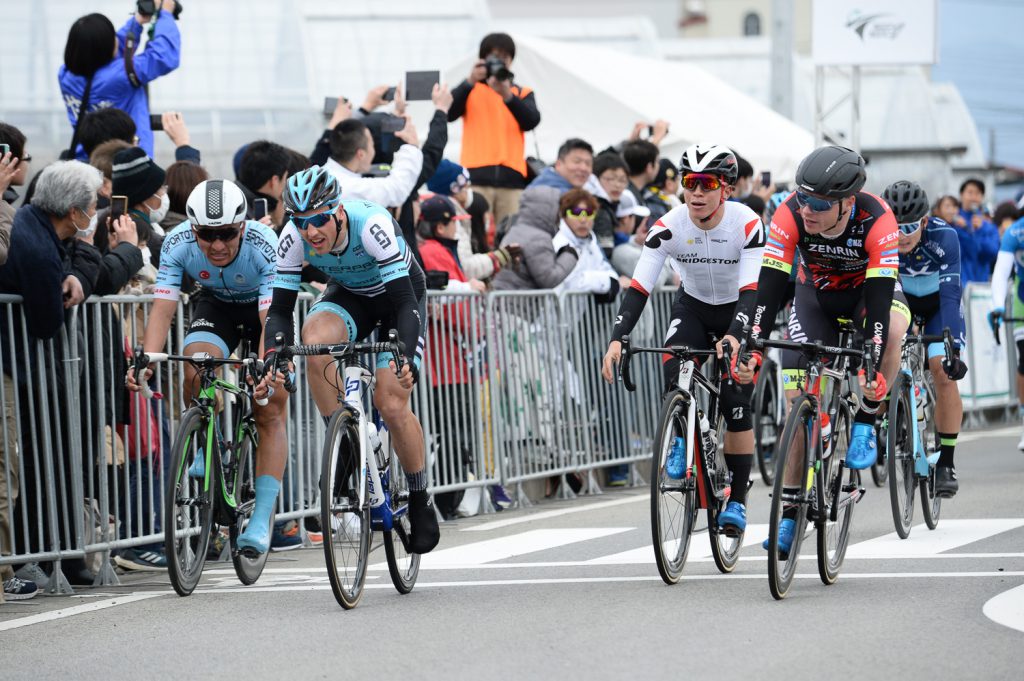