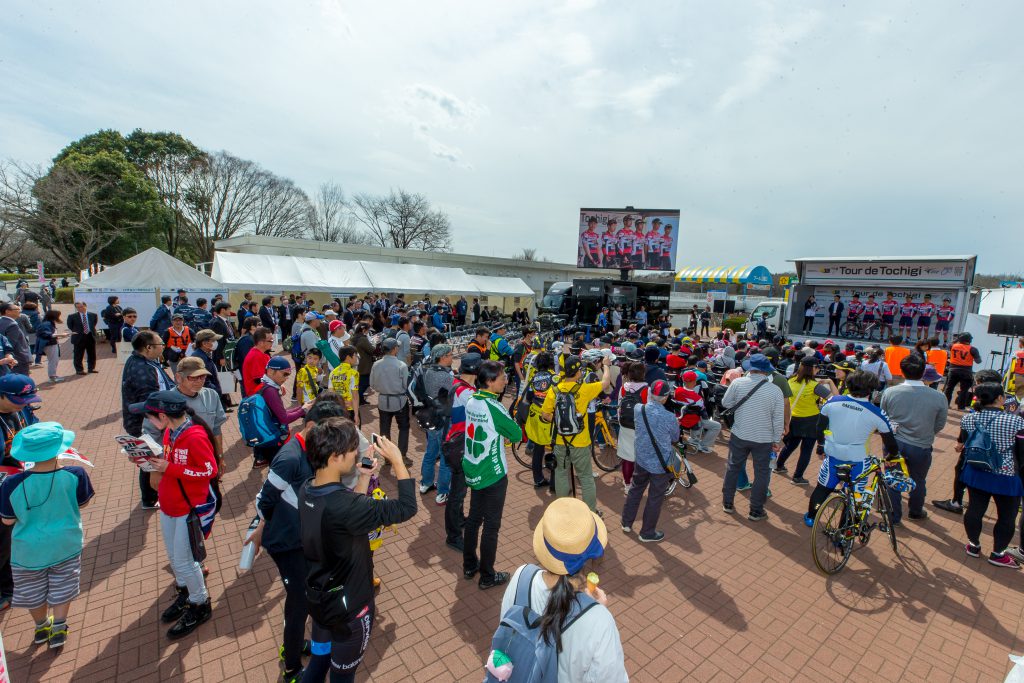 This year marks the 3rd edition of Tour de Tochigi (UCI Asia Tour 2.2) which started in Igashira Park, Moka city, Tochigi Prefecture today. The race will be for three days with about 272km in total. The first stage was Individual Time Trial, using the 3km course in Igashira Park.
The blue sky stretched out from the morning today and the temperature has hit the hottest point this year, 22.8℃. But it became cloudy in the afternoon and TT started while strong and cold wind was blowing.

The time of top rank was over 3’55”, until Ryo CHIKATANI (TEAM BRIDGESTONE CYCLING), 2018 All Japan Time Trial Champion, ranked top place by 3’52”.95 which was nearly 5 seconds faster than the former first-place rider. Right after CHIKATANI, Orluis Alberto AULAR SANABRIA (MATRIX POWERTAG) break the time by 3’46”.65. Mario VOGT (TEAM SAPURA CYCLING) made the similar time, but not enough for the top. Finally, the last rider, Benjamin DYBALL claimed victory for the 1st Stage with 3’45”.77.

Benjamin DYBALL (TEAM SAPURA CYCLING) / Stage 1 Winner
“It was very short TT course for me and I am stronger at longer course, but I believed there is a chance. I am really glad to win this stage. People think I am a climber, but am also good at TT and won the Oceania Road Champ 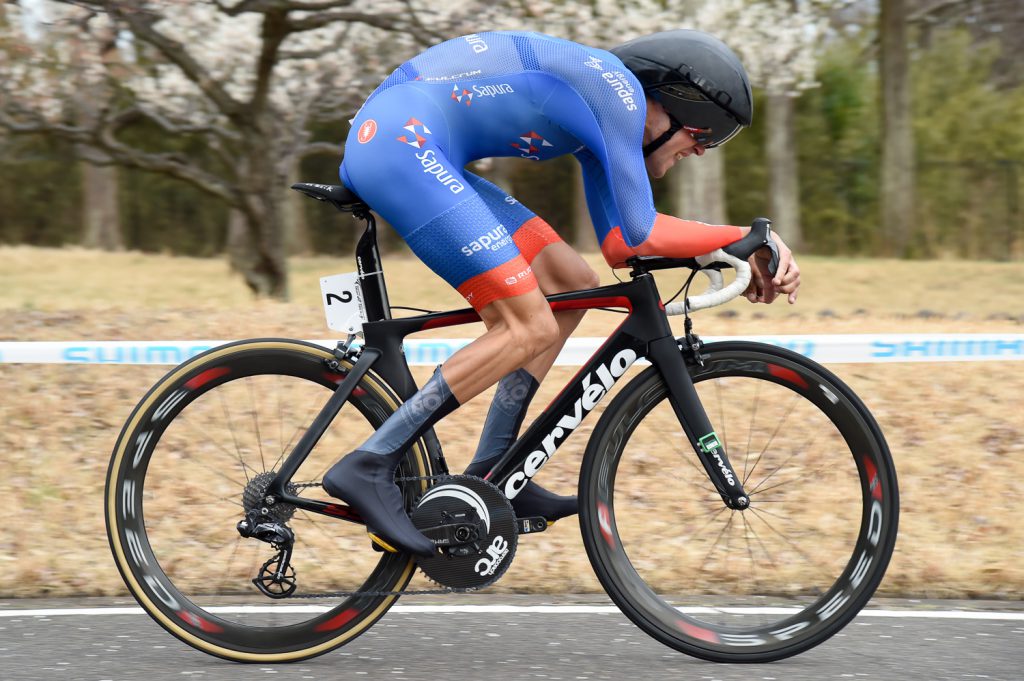 Orluis Alberto AULAR SANABRIA (MATRIX POWERTAG) / Stage1, 2nd place
“I have got a good start. My time was nearly to the top and I am satisfied with the 2nd place. I want to control the race with my team members tomorrow and if it is sprint finish, I want to win the stage.” 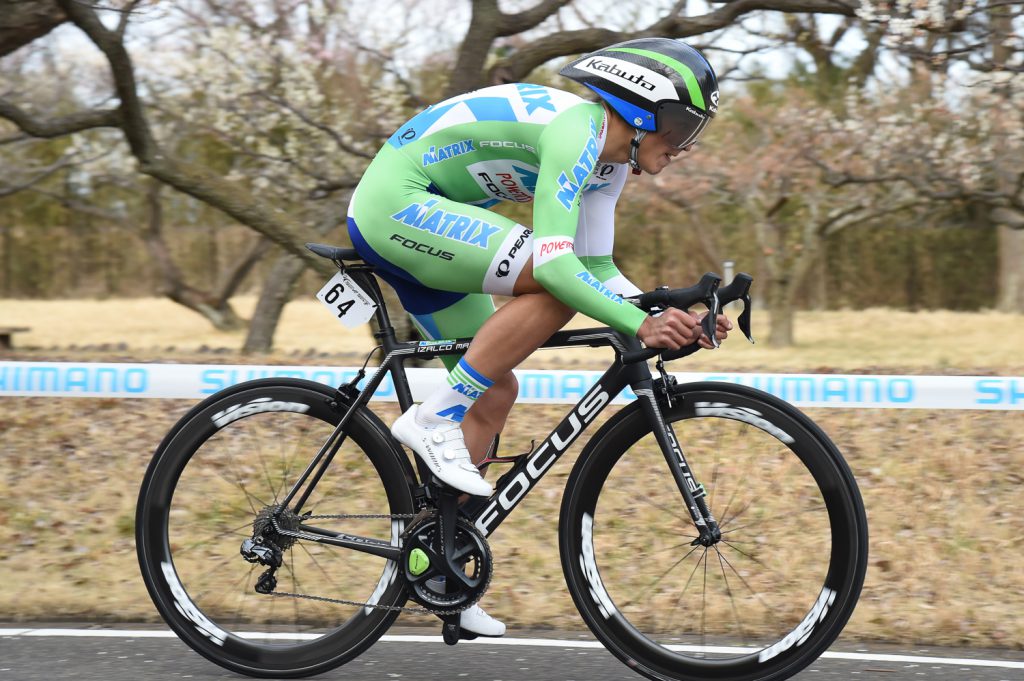 Mario VOGT (TEAM SAPURA CYCLING) / Stage 1, 3rd place
“It was very short and fast race with 3’50”. My team now has the 1st and 3rd place GC riders, so that I want to keep this position tomorrow.” 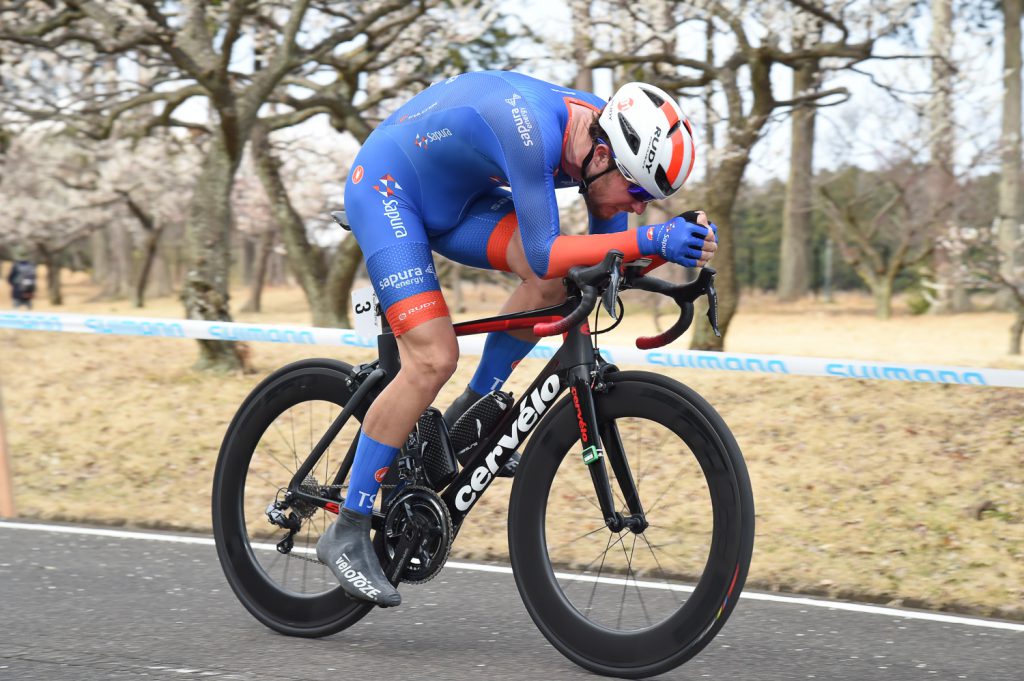 Ryan SCHILT (OLIVER’S REAL FOOD RACING) / U23 Best Rider, White Jersey Wearer
“It was short and hard race today. I will have a team meeting after this, but wish to win the sprint stage tomorrow.” 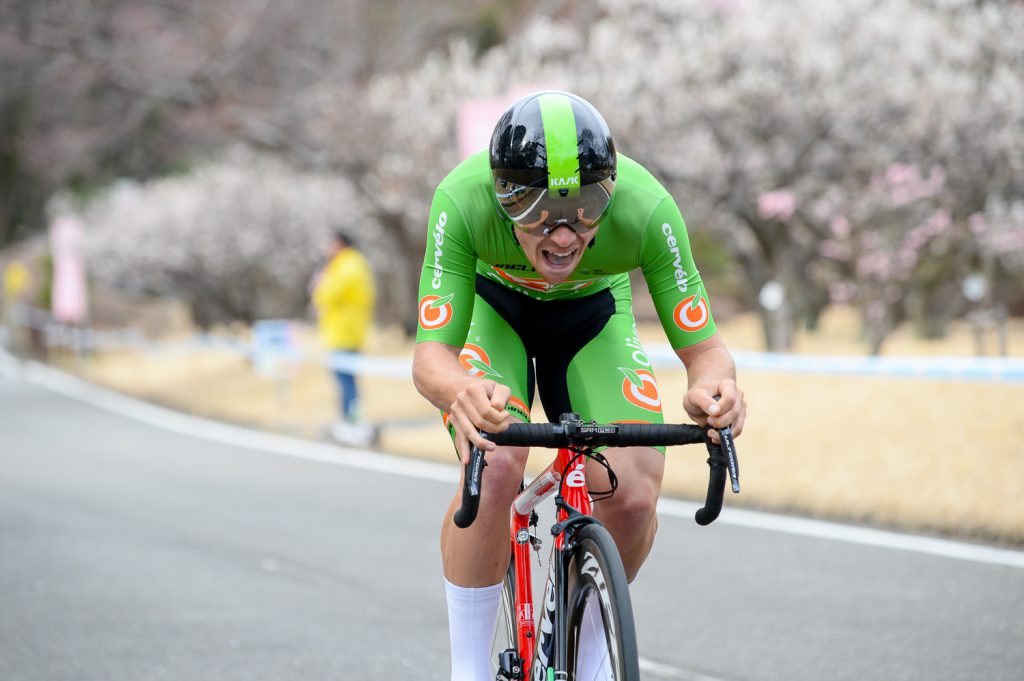 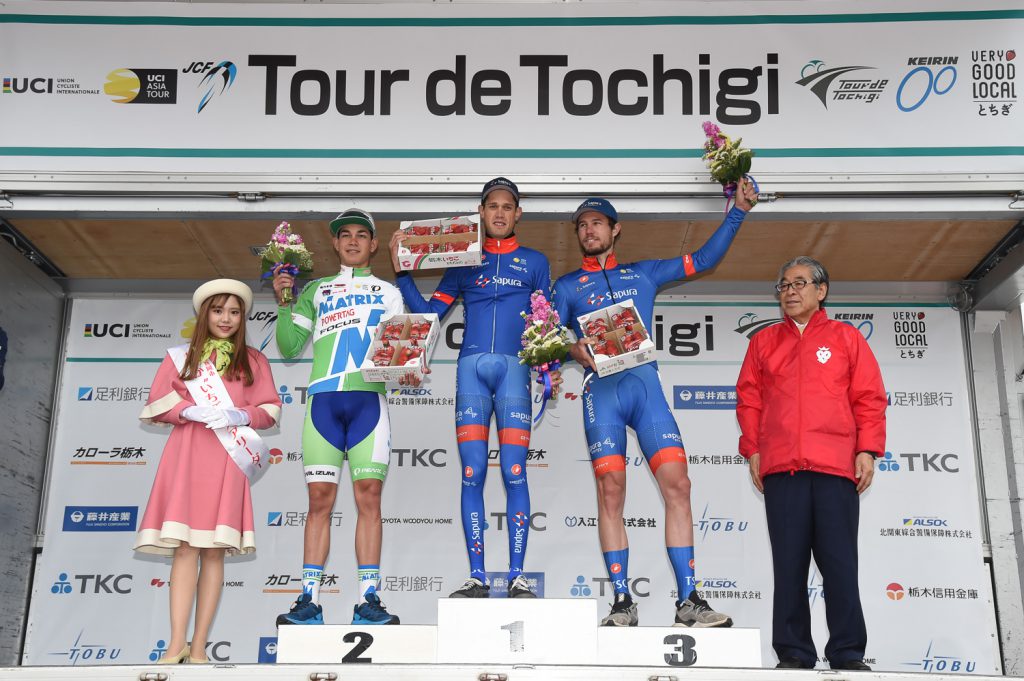 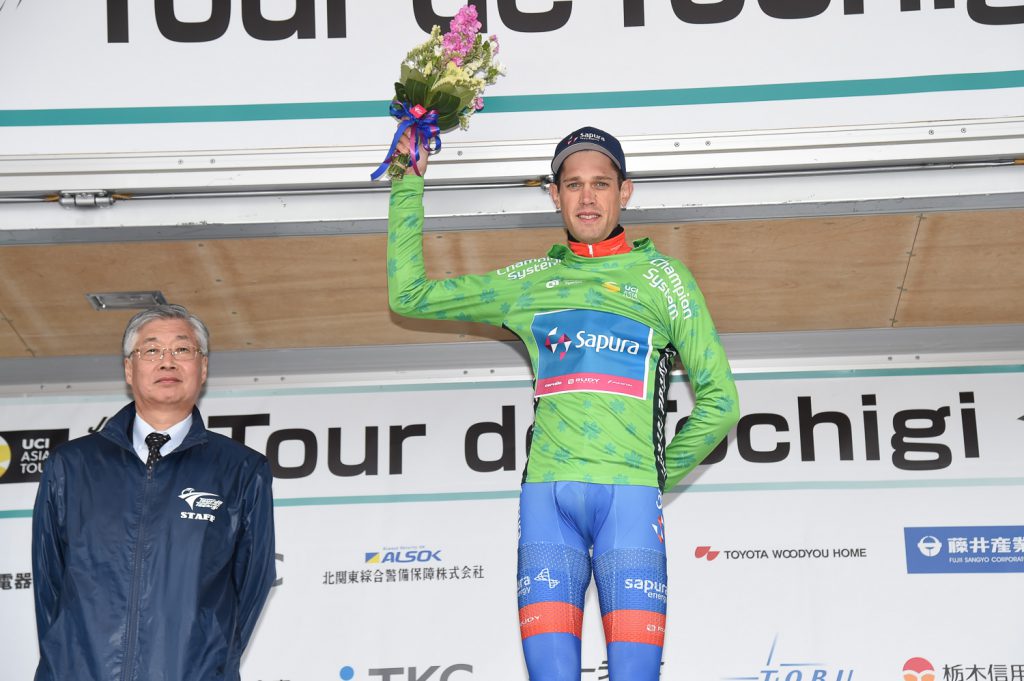 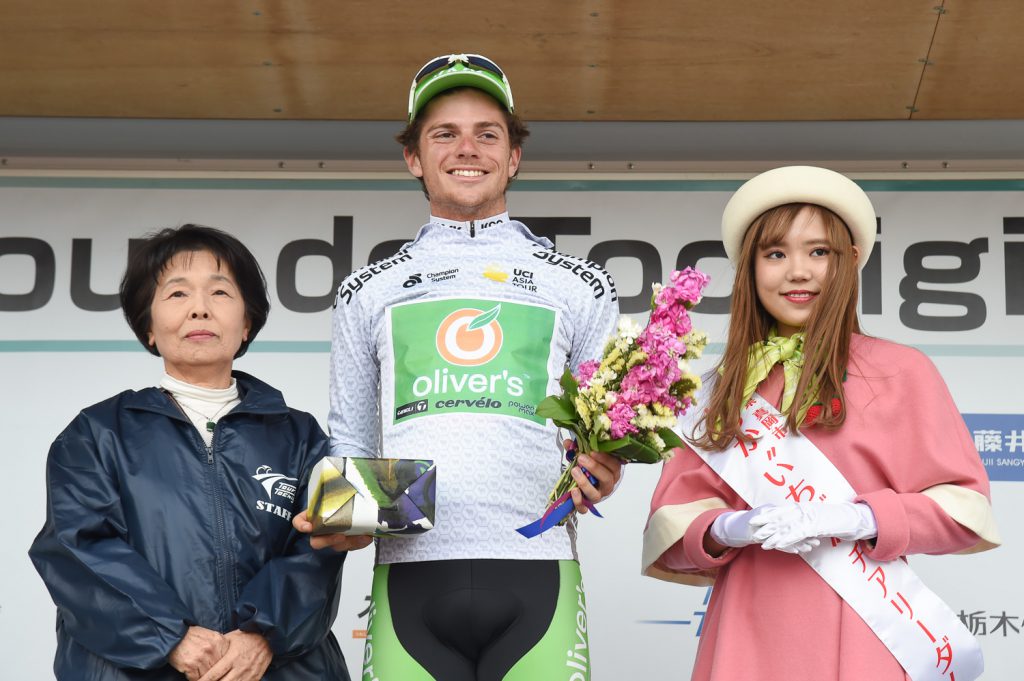